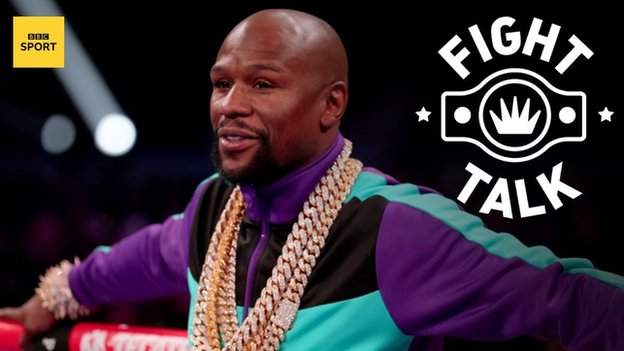 In this week’s Battle Talk, we look at Floyd Mayweather dismissing rumours he will go back to boxing, Conor McGregor accepting Oscar de la Hoya’s “challenge”, which former heavyweights have been influenced by Mike Tyson to take the sport up once again, how Daniel Dubois would fare versus Deontay Wilder and ask the question: ‘Is Oleksandr Usyk heading to Albert Square?’

Over the previous number of weeks, rumours flowing on social networks have actually recommended that pound-for-pound great Floyd Mayweather could return to the ring, with fellow American Adrien Broner a possible opponent.

He also referenced his uncle and former trainer Roger Mayweather, who died aged 58 in March, stating: “If this guy [Broner] wishes to battle Floyd, I state ‘you men sell out little arenas and do some little infant relocations, okay, however I’m older and a lot smarter, suggesting I do not want to wind up like my uncle Rog’.

” A great deal of fighters don’t understand when to quit.”

So, don’t anticipate to see Mayweather, who won all 50 of his professional contests, in a world title fight again.

However he has not completely ruled out a rematch with UFC star McGregor, who was making his boxing debut in their much-hyped very first battle.

” Even if we did it once again, it’s home entertainment and it’s business – I’m not boxing no fighters,” Mayweather said.